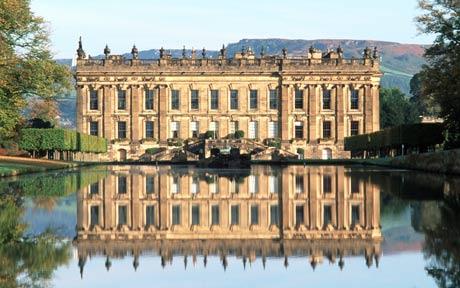 I admit, I AM one of those people who unashamedly declares Jane Austen as her favorite author. I know it’s cliche, but there is a REASON so many people are such die-hard fans. Austen produced some of the most profound, satirical social commentary of her day, and her understanding of human nature allows readers/viewers to resonate with her works 200 years later.

There are a plethora of Jane Austen movie/TV adaptations, and as a connoisseur of her work, I have waded through almost every single Austen adaptation in existence, all of which I have a lot of emotions about. So here is an abbreviated chart/list of some of the best Austen adaptations I have discovered in my years of searching for the perfect Austen movie. I would love to hear your opinions on the adaptations, if you thought I did not include something that should have been included, or if you just think I’m plain wrong.

Pros: Everything. This movie is as close to perfection as one can get when adapting Pride and Prejudice. The casting, the acting, the detail. There is a reason it is so well beloved even twenty years later. Though no one can truly capture the essence of Mr. Darcy, Colin Firth comes pretty darn close.

Cons: There are none. Bye.
Okay, so the only real con to this is that it is a mini-series and is 5 hours long. So you really have to dedicate time to it. But the length is partially what makes it such a wonderful adaptation–because the filmmakers were able to take pains toward accuracy because they didn’t have to cram the entire complexity of the book into a 1.5 hour segment. Though, I some of my favorite scenes from the end of the book still don’t quite make the cut.

Pros: Despite all the purist backlash against this movie, you have to admit that the cinematography and music is stunning. It so perfectly sets the tone for an Austen adaptation. I love watching this for it’s sweeping scenes of grandeur and beauty, for the way that camera plays with light and shadow, for the delightful costuming. It is a truly an experience for the senses. Topping out at just over 2 hours, this adaptation did an excellent job of fitting the complex story into the time it had. And the chemistry and tension between Elizabeth and Darcy is absolutely sizzling.

Cons: Donald Sutherland as Mr. Bennet and the portrayal of his general character. Unfortunately, because of the limited time the filmmakers had, Mr. Bennet’s character was glossed over, which completely changed him from an ineffectual failure of a father and husband to a doting and loving one, which was rather problematic. In the book, Mr. Bennet’s conduct (or lack thereof) is largely to blame for the inappropriate actions of Mrs. Bennet, Mary, Kitty, and especially Lydia. He has largely given up on taking care of his family, and though his intellect allows him to have deep camaraderie with Lizzy and Jane, his more sensible daughters, he does nothing to ward off the dangers that befall his less sensible daughters. Mr. Bennet is the most fascinating character in the book, in my opinion, and I did not think Donald Sutherland, or the film’s portrayal of Mr. Bennet, did justice to such a nuanced character. I was also not happy with the choice of Keira Knightley as Elizabeth as I felt she came off as too grating for Elizabeth’s character.

My Rating: 9.5/10
A ground breaking YouTube series told over multiple platforms (Twitter, Facebook, etc.) and allowing for fan interaction, though centrally focused via the video blog of Lizzie Bennet, a 24-year-old grad student as she struggles with her difficult family and her intense dislike of a certain obnoxiously hipster, ultra rich media snob. You can watch the entire thing here.

My Rating: 9/10
I was skeptical about this mini-series at first because it does not stem from original Austen material, but rather from a novel by PD James, set ten years after the events of Pride and Prejudice. I was pleasantly surprised at how well the mini-series honored the original material, and I have to conclude that this series is everything Austen fans want in a sequel. 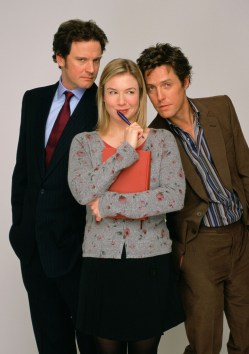 My Rating: 7/10
A hilarious, modern adaptation of Pride and Prejudice. Bridget Jones is torn between her love for her playboy boss (Hugh Grant) and her dislike of snobby Mark Darcy (played in a meta-twist by Colin Firth, who is mentioned may times in the book). There are so many cringe-worthy moments in the movie, but you can’t help but love Bridget Jones despite her bumbling choices and fall head over heals along with her for the awkward Mark Darcy.

Pros: This is probably my favorite Jane Austen adaptation, vying closely for first place with the Colin Firth Pride and Prejudice. The cinematography is excellent, the costuming accurate, and the cast truly encapsulates the characters. I particularly appreciated that Frank Churchill’s character was explored in more depth than it had been in previous adaptations of Emma, because it gives much more nuance to Mr. Knightley’s worry at Churchill’s influence over Emma as well as Jane Fairfax’s position. As a mini-series, the film was able to portray a faithful, compelling rendering of Austen’s frustrating but lovable heroine.

Cons: I honestly can’t think of any. Like the Colin Firth Pride and Prejudice, it is long, but it’s also a mini-series so you aren’t really supposed to watch it in one sitting.

Pros: Gwyneth Paltrow is probably my favorite Emma actress. She so perfectly captures Emma’s maddening know-it-all character as well as the naivete that eventually gets her in trouble. Jeremy Northam as Mr. Knightley is the perfect mixture of handsome, suave, and gentlemanly. As a feature length film, it does an excellent job of capturing the essence of the original book.

Cons: This version does not have enough time to really delve into Frank Churchill’s character, and truly show how terrible he is. Also–and this is more of a personal issue–Ewan McGregor (who is my favorite) is basically Obi-Wan Kenobi in my brain, no matter what movie I see him in.

Pros: This TV movie came out the same year as the Gwyneth Paltrow movie, which was rather unfortunate I think. While not as good as the other two, I found nuances in this version of Emma that I didn’t get in the other versions, and so I think this movie is also worth a watch.

Cons: It came out the same year as the Gwyneth Paltrow movie. There’s just no way it could compete.

My Rating: 8/10
A cult teen classic of the early ’90’s, Clueless has become a bastion of ’90’s pop culture. Cher is beautiful, popular, and rich, but her meddling ways quickly get her in trouble. This is a hilarious rom-com that is extremely heartfelt and a decently accurate modern interpretation of Emma. It never really gets old and will tug on your 90’s nostalgia strings.

My Rating: 7/10
A YouTube series made by the creators of The Lizzie Bennet Diaries, Emma Approved had a slow start, but by the end I found myself just as hooked as I had been on the original LBD. There are moments where you really have to suspend your disbelief, but the chemistry between Joanna Sotamura and Brent Bailey is undeniable and I think what ends up carrying the show (which isn’t surprising as they are dating in real life!).

Check back for my top Austen adaptation picks for the other four books in part two!